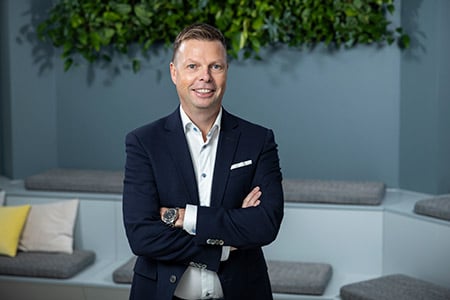 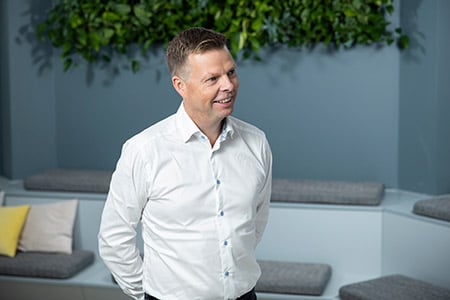 Øyvind Birkenes is the Chief Executive Officer of Airthings. Birkenes brings over 20 years of industry experience, along with an overall passion for technology and innovation to create, plan and implement Airthings’ strategic direction and overall growth. Birkenes’ exceptional technical background earned him the title of CEO, where he is responsible for moving Airthings forward as the global leader in radon and Indoor Air Quality technology.

Previously, Birkenes held the role of General Manager for Low Power RF at Texas Instruments where he defined and executed the overall strategy to achieve the company’s growth and profitability targets. His combined experience and proven track record have positioned Birkenes as a top thought leader in the technology industry and Indoor Air Quality space. 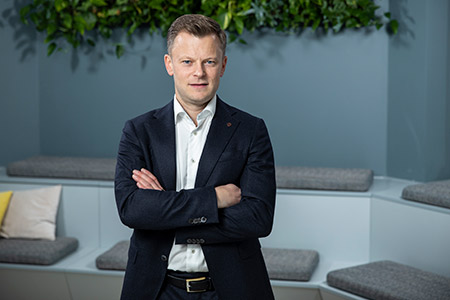 Erlend Bolle is the Chief Product Officer at Airthings, and one of the company’s founders. With over 20 years’ experience, Bolle specializes in system integration, project management, sensors, electronic, mechanical design and product development. As CPO of Airthings, he is responsible for overseeing existing and new product development of the company and is continuously looking for ways to bring Airthings’ solution to the next level. Under Bolle’s stewardship, Airthings has grown, expanding its product portfolio to not only include a host of consumer products that monitor radon, but products designed to help businesses and organizations take control of their Indoor Air Quality. His expertise and deep technical knowledge have provided Bolle with insight well beyond his years, establishing him as a thought leader in technology and Indoor Air Quality. Lauren Pedersen, CMO of Airthings, is passionate about building innovative technology brands into category leaders. Possessing a track record of proven success in the corporate world with technology and financial companies like Opera Software and Instabank, as well as in the advertising world with iconic agency giants Grey Worldwide and McCann Erickson, Lauren brought her dynamic blend of experience and leadership to Airthings upon joining the company in 2020.

Lauren’s primary responsibility as CMO is to lead both the business-to-consumer and business-to-business marketing and communications teams for Airthings. In this role, Lauren oversees cross-channel marketing strategies with a goal of growing international awareness of the brand and, in turn, driving consumer usage and sales for Airthings’ award-winning portfolio of smart indoor air quality solutions. Pål Berntsen wants to make your building smarter. As VP & GM of Airthings for Business, the arm of Airthings that focuses on tailored air quality solutions for buildings of all varieties, Pål’s core mission is to build the brand into the world-leading provider of indoor air quality monitoring. In his daily role, Pål is chiefly responsible for introducing Airthings’ suite of award-winning smart indoor air quality monitoring solutions to business leaders, property owners and facility managers with a mission to both improve the health of their occupants and reduce their company’s bottom line through customized cost-saving tactics. With buildings representing the single largest source of energy consumption in the world, at nearly 40%, efficiency should be top-of-mind for business owners.

Pål joined Airthings in February 2019 and had an immediate impact on delivering value to Airthings’ business-driven solutions through establishing cross-channel relationships with a wide range of new partners and customers. Torje Carlsson is the VP & GM of the Consumer Products division at Airthings. In his role, Torje is responsible for leading the business strategy for the consumer market. Torje started his career at Google, and later worked at several companies in the Schibsted Group, including E24, before joining Microsoft in 2014, where he held roles such as Country Manager Advertising & Online for the Norwegian market. Under Torje’s stewardship, as Director of Marketing, Microsoft Norway built a modern marketing organization that used the latest technology to have professional, measurable and scalable marketing communications.

Before joining Airthings, Torje served as Digital Lead for Microsoft Western Europe HQ. Torje is a results-oriented and pragmatic leader and has been named one of Norways’ top leadership talents in 2016. Torje has a Master of Science in Business and Economics from BI Norwegian Business School and a Bachelor of Commerce and International Business from University College Dublin. 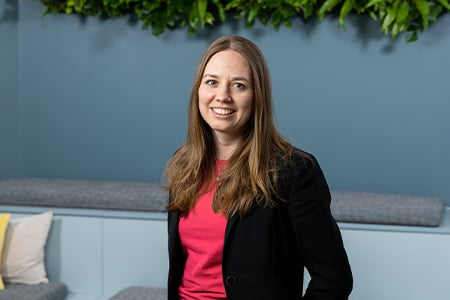 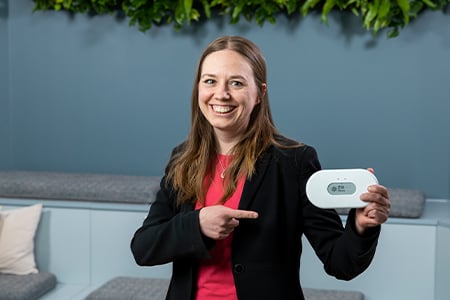 Audhild Randa is COO at Airthings and leads R&D and Operations teams. Prior to joining Airthings, she was VP Technology Europe at Circle K leading a team of 230 IT professionals across 10 countries. Prior to joining Circle K, she worked as a management consultant at McKinsey & Company, with a focus on Marketing & Sales in Media, Telecom and Retail. Audhild is a Board member of Entur AS, a state-owned company that creates digital infrastructure for the public transport sector in Norway. She holds an M.Sc in Engineering Mathematics from the Norwegian University of Science & Technology (NTNU) and a B.A. in Russian Area Studies from the University of Oslo (UiO). 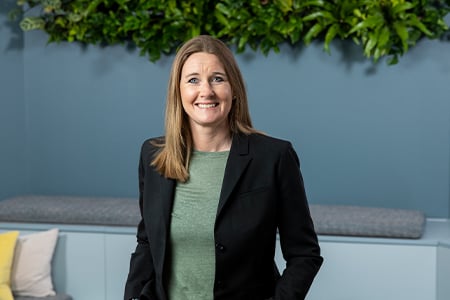 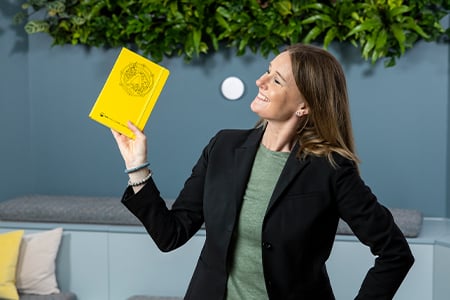 Anita Øverbekk is Director of HR and believes that people are our key asset and diverse teams create magic together. Anita has over 20 years of HR experience in international corporations, like Oracle, CA Technologies, and Samsung as well as Norwegian Tech companies. She was the Nordic Senior HR Manager in Thomson Reuters before she joined Pexip in 2018. Her consultant experience in different tech companies during the past 5 years has given her extensive insight in how to develop companies and their people. 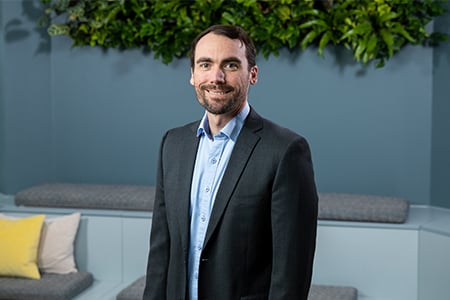 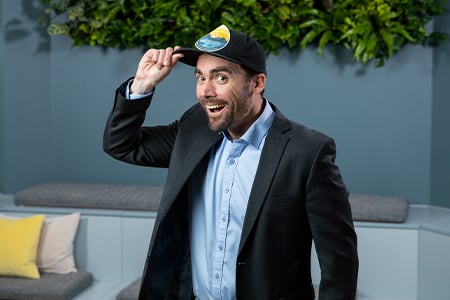 Jeremy Gerst is CFO at Airthings. Prior to joining Airthings, he was CFO at reMarkable since 2017.

Prior to this, Jeremy spent three years at The Boston Consulting Group. Gerst also has previous experience from the Federal Reserve Bank of San Francisco and holds an MBA from UC Berkeley – Haas School of Business.