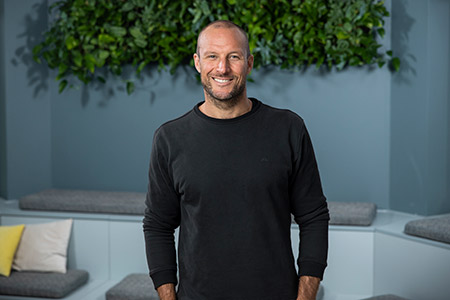 Aksel Lund Svindal is a Norwegian former World Cup alpine ski racer. He’s a two-time overall World Cup champion, an Olympic gold medalist in super-G, and a five-time World Champion in downhill, giant slalom, and super combined. Experienced in building performance culture after competing at the highest level in sports for 15 years, Svindal has been a seed investor for more than five years and joined Airthings Board of Directors in 2019. 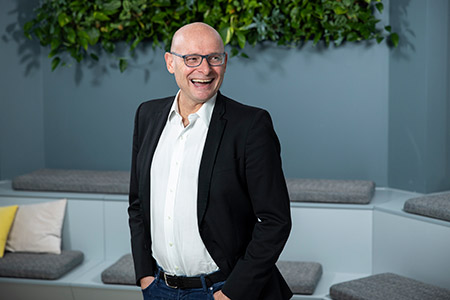 Geir Førre is Managing Partner in Firda, the largest shareholder in Airthings. Firda invest in ambitious Norwegian technology companies with global ambitions. Geir holds a M.Sc in Electrical Engineering. He started his career as a research scientist at SINTEF before becoming a serial entrepreneur who founded and led Chipcon and Energy Micro, two successful Norwegian semiconductor companies, from inception to exit. He was also the founding investor and Chair of Prox Dynamics, who pioneered a whole new industry within Nano UAV helicopters. Besides being the Chair of Airthings since 2015, Geir is the Chair of Disruptive Technologies and Zivid. Lyv Dyrnes is CFO of Klaveness Combination Carriers ASA. Dyrnes has 14 years’ experience in the shipping and finance industries and has held several positions within finance and treasury in the Torvald Klaveness group. Dyrnes holds a Master of Science in Finance from the Norwegian School of Economics (NHH). Lars Boilesen is the CEO of Otello Corporation (formerly Opera Software ASA). He has extensive experience in both sales and marketing at the Lego Group, Tandberg and at Alcatel-Lucent. Boilesen served on the board of directors for Opera (now Otello) from 2007 to 2009 until he became CEO. Boilesen earned his bachelor's degree in business economics from Aarhus School of Business in Denmark and a postgraduate diploma from Kolding Business School, and moved to Norway in 1997. Employee representative to the board

Anlaug Underdal has 6 years of experience as a software developer. She currently holds the position as Staff Software Engineer and Frontend Developer at Airthings. Before joining Airthings in 2017, Underdal worked for Netlight Consulting as a Software Engineer. She holds a master degree in Communication Technology from the Norwegian University of Science and Technology (NTNU). Employee representative to the board

Tore H. Rismyhr serves as Sales Manager, Public sector at Airthings for Business. Rismyhr has a vast experience in sales, marketing and management through 25+ years in the Telecom/IT-sector (Telenor, Brightpoint, Ingram Micro). Prior to joining Airthings for Business, he has worked with Welfare technology and IoT-solutions addressing the public sector. Rismyhr holds IATTO-certification from Norges Eksportskole and studies in Marketing communication/Board competency at BI.