Air: The Essential Element of the 2021 World Chess Championship 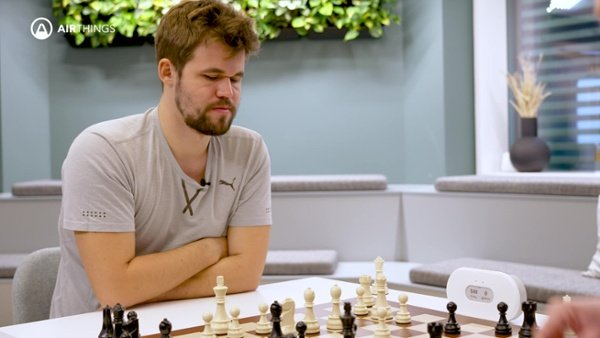 The 2021 FIDE World Chess Championship is historic for many reasons, not least it is the first title match of its kind to take place in the Middle East. Although Dubai, located in the United Arab Emirates is now an undisputed international commercial hub, it still faces some of the geographical challenges that come with life along the equator. Namely the challenge of how to cool outdoor air, which can reach 50 degrees Celsius or 122 degrees Fahrenheit. Air quality is a topic of global conversation as well as an established performance factor within elite level chess and other mind sports. Like any professional heading to Dubai to conduct business, both the champion Magnus Carlsen of Norway, and challenger Ian Nepomniatchi of Russia will accept nothing but the best indoor air quality so that they can play to their highest possible level over the board. However, unlike most business travellers, these two professionals will have millions of international spectators watching their every move. In order to create an optimal playing environment for the match within the Dubai Exhibition Centre some of the most advanced air filtration and cooling systems in the world are employed.

Although the topic of air quality has been fuelled by the ill effects of global warming and airborne virus transmission or ‘virus risk’, it is not a modern notion. Instead, it is an inherent aspect of the human experience pervading history and geography with multitudes of human made air devices present throughout our development as a species. The middle eastern region itself has an extensive and sophisticated past and present of air cooling and filtration systems. This technology within the region dates back at least several millennia from the wind towers of ancient Persia. Today, some of the most advanced cooling systems in the world are utilized to cool and maintain the city and its buildings and those systems are featured below. 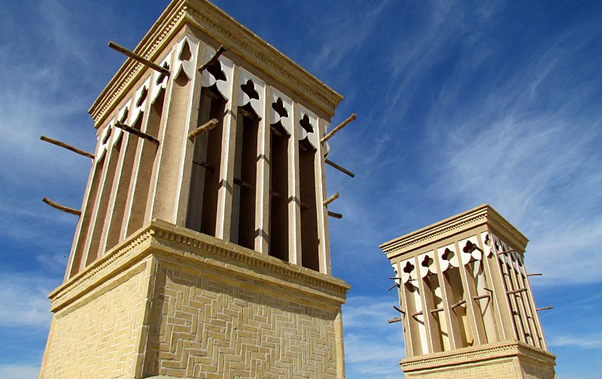 A wind tower also referred to as a ‘windcatcher’ is a traditional Persian architectural feature found across the Middle East. Dominating the landscape, these structures served the basic function of providing cooler and cleaner air through the physical properties of heat systems. Although they are no longer widely used, they represented the most advanced air quality technology of millennia's past. The ingenious design works as follows; a gust of wind passes through the structure whereby is drawn downwards, and its pollutants deposited via gravity before the fresh air is then propelled into the building via force and pressure as it moved out the other openings on the leeward side. 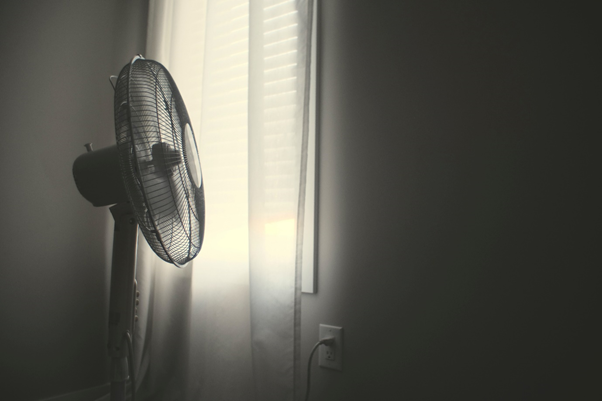 Beginning with rudimentary fans, Dubai’s development was coupled with a need for mass cooling systems for the expanding urban area of the city. The modern fan was initially used however wasn’t effective enough to cool more than small areas within indoor spaces. 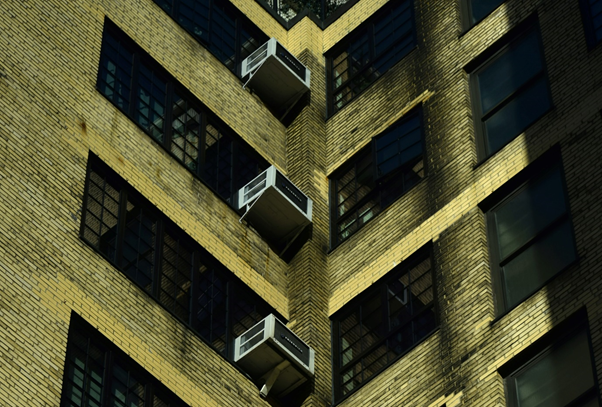 From the 1960s onwards window-mounted AC became more common around the world, including the rapidly developing city of Dubai. The UAE saw massive strides in technology and wealth after the discover of vast oil deposits in the region around 1966. Window mounted AC uses refrigeration properties to remove heat and humidity from a room while pulling air inside in order to recirculate into the space. 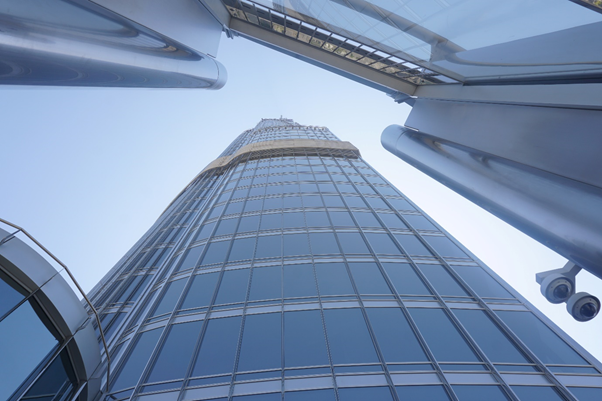 Roughly 80% of facades in Dubai are fully glazed, meaning they have glass paneling covering the building. The glass insulates the interior environment from heat by deflecting a significant amount of the energy emitted by the sun. 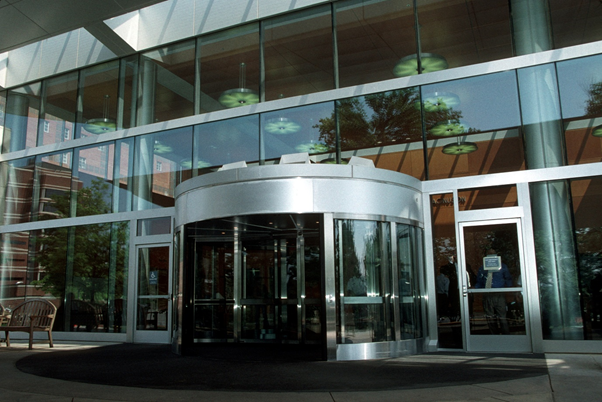 Air pressure is not only essential to a building's cooling but also to its overall health. Did you know the doors seen on many public buildings have an extremely scientific use? Revolving doors are essential to sustaining a consistent air pressure in many large buildings by providing a barrier between the cool air inside the building and the warm air outside which otherwise would draw the cooler air out and thus compromise the building's comfort, efficiency, and ultimately its longevity. 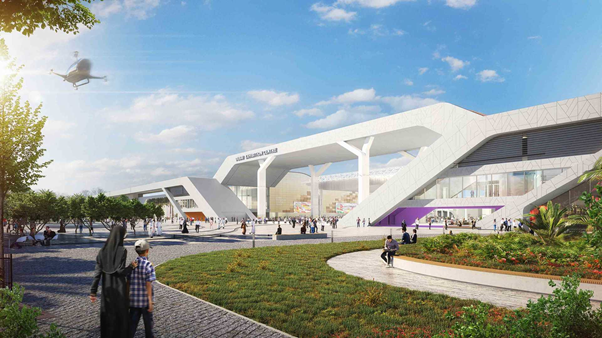 60% of electricity used in Dubai is used by air conditioning and filtration systems within its buildings. The Dubai Exhibition center itself uses an advanced external AI enabled cooling plant system to deliver cool air throughout the buildings. The district cooling plant includes 48,000TR (Ton of Refrigeration) of mechanical chillers and 12,000 tons of thermal energy storage. These air systems also clean some of the particulate matter in the air.

Are you curious how well these technologies are cooling and filtering the air the world’s best chess players are breathing? Using a View Plus, we're collecting and streaming live data from the location of the world championship match between Magnus Carlsen and Ian Nepomniatchi. Through the View Plus you can see metrics like temperature, humidity, CO2 and PM2.5 and even Radon. These air quality metrics comes from match venue at the Dubai Exhibition centre throughout the Chess Lounge guest area and official chess24 commentary booth. Check it out here or at Airthings.com/chess.

Are you wondering how the air quality of the players is affecting their play? Follow move by move coverage of the title match on chess24 from 26th November through the 16th December.

The most advanced air quality tech. Complete control over the air you breathe and the power to change it. Keep your family safe from the effects of allergens, pollution, wildfire smoke, viruses and more.

Source: K Dubey, A Dodonov - 2019, Mapping of existing technologies to enhance energy efficiency in buildings in the unece region