What do the world’s best chess players and astronauts have in common? The air quality of their environment is monitored by state-of-the-art technology. 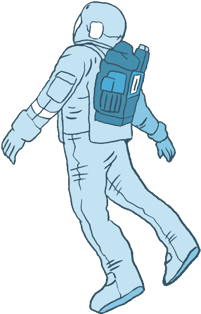 Analysis and preparation lay at the core of chess. Within a single match a player will have to process thousands of possibilities and execute dozens of crucial moves to win. In order to perform at their best a Grandmaster needs to be doing the right things at the board but also before they arrive. The inputs; food, water, and perhaps more importantly the cconstant input of air a Grandmaster is breathing needs to be of the highest quality to prevent fatigue and boost health and wellness. Air quality is the latest essential part of the performance and analysis for these elite Grandmasters. But why does a Norwegian air quality company sponsor and equip the world's best chess players with air quality monitors?

Since 2020, Airthings has proudly partnered the Meltwater Champions Chess Tour. Airthings devices deliver the live air quality data of the worlds top players to millions of viewers during every tour event. The Airthings Masters returned in 2022 and featured many of the worlds top players including last years overall tour winner Magnus Carlsen and his most recent world title challenger, Ian Nepomniachti of Russia. The super tournament took place from February 19th - February 27th and was viewed on Chess24, Youtube, Twitch, and ESTV. Pre-tournament favourite and Airthings Ambassador Magnus Carlsen was the eventual winner having displayed consistent and brilliant chess throughout the event. Additionally Magnus boasted the best indoor air quality metrics on average throughout the event. Still, perhaps you're wondering, what has this got to do with chess? Keep reading to find out.

Why do players monitor their air quality?

Today, top-level chess players exclude nothing in their preparations for elite level tournaments. They draw from every piece of information available to them, both about their opponents and themselves, and this now includes details as specific as air quality. Recently, poor air quality has been scientifically linked[1] to the phenomenon of brain fog which means a decrease in general cognitive performance at the Chess board. A decline in brain power would spell disaster in a professional match where a single poor move usually loses you a game and often the title. That’s why many of the world’s top players now monitoring their home air quality when tournaments moved online due to the Covid-19 pandemic, including Magnus Carlsen, world blitz champion Maxime Vachier-Lagrave, U.S. Champion Wesley So, Dutch #1 Anish Giri, and World Cup winner Jan-Krzysztof Duda. 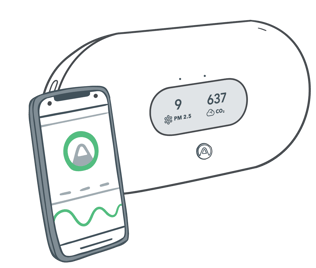 World #1 Carlsen is also an Airthings Ambassador and optimizes his playing environment utilizing the View Plus. With this device he can identify and decrease sources of VOC’s, minimize CO2 intake through improved ventilation, monitor humidity and temperature for optimal comfort, and finally rest easy knowing his Radon levels are within a safe threshold. You can check out Magnus' and other top Grandmasters air quality at airthings.com/chess.

What's in the air we breathe?

Good air quality is necessary for staying healthy. Airthings makes products that contain state-of-the-art sensors, used by players to monitor the following air quality metrics, which are crucial to health and performance: 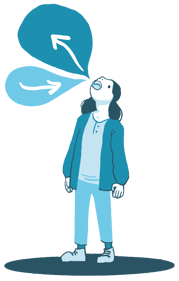 CO2 is everywhere but especially abundant in indoor environments. High concentrations can result in drowsiness, headaches, and poor concentration. The Airthings View Plus can detect CO2   levels in units of parts per million. Anything more than 1000ppm would require an immediate alteration to the playing environment.

Particulate Matter
Particulate matter or PM, isn’t just one contaminant or pollutant. It’s a range of particles of dust, dirt, and liquids that become suspended in the air. Some of these are large enough to see, like smoke, smog, or soot, but the most harmful are smaller, invisible particles. These can get into your lungs and even your bloodstream. The healthier the air, the fewer PMs.

Temperature & Humidity are paramount for a player's comfort and stamina. Without accurate readings of these metrics, it would be impossible to decipher what about the playing area needs to change so that the player can entirely focus their on the board and perform in matches that can last up to 5 hours.

VOC’s are airborne chemical pollutants that can be detrimental to your health. They are up to 5x more prevalent indoors compared to outdoors. Everything from perfumes, cleaning products, candles, and even furniture can emit toxins which pollute your living space. With accurate VOC readings players can remove all sources of these toxins from their playing area.

Air Pressure
Air pressure can also cause headaches and more frequent migraines[2]. The reason for this may be related to our sinuses, which are hollow cavities filled with air.

Radon is a dangerous gas that is emitted from radioactive material, which naturally occurs beneath topsoil. Radon levels in our homes should be monitored not just for chess performance but also because this tasteless and odorless gas can be detrimental to our long-term health if not identified early on.

What else do chess players monitor?

Of course air quality isn't the first thing chess players have analysed in order to gain an edge over their opponents. The game has a long history of problem solving inside and outside the 64 square board. Grandmasters talents for pattern recognition, their psychological understanding, and mental stamina has been showcased throughout the history or chess, some example of which we will read about below.

Hundreds of years ago at the advent of modern chess, players used to arrive at the chequered table with nothing but their wits and knowledge of the rules to do battle. However, after the first games were recorded and accessible in the 15th century, top players began analysing the past moves and style of opponents to prepare for matches. 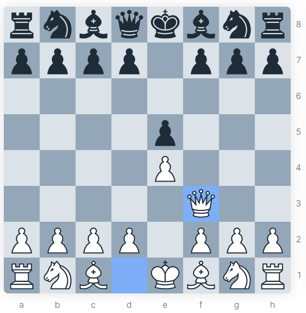 Napoleon Bonaparte, a General and chess enthusiast was famous for playing the same first few moves - 1e4 e5 2. Qf3. This is called the Napoleon Opening). The moves (seen above) characteristically sought to end the game quickly. Studious players who opposed Napoleon knew to expect these tactics from him. Those who know about their opponents repertoire have a huge advantage over their counterparts when going into games. Once high-level games started to be consistently recorded, the art of preparation was born.

A prime example of this is the American chess champ Bobby Fischer. Bobby won the 1972 World Championship, defeating Boris Spassky of The Soviet Union. To prepare, he learned all the Russian needed to have access to all the chess literature available to the Russian speaking Soviet players. This enabled him to totally analyze not only Spassky’s past games but a myriad of others which were previously unintelligible to foreign players. Contemporary rivals were often baffled as Bobby demonstrated knowledge of obscure positions only published in tiny regional magazines decades prior.

Similarly, in the1978 World Championship clash, Victor Korchnoi and Anatoly Karpov employed sports and paranormal psychologists to analyse their thinking patterns and ensure they were in the correct mental state for peak performance. This extra help worked so well, that sports psychologists are now a standard for any high-level player. They make up just one part of a huge backroom of the chess teams. 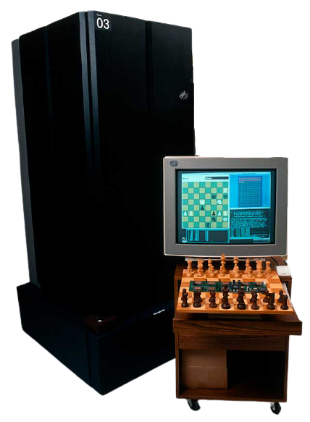 Players could no longer hope to succeed in an event without extensive computer consultation pre-tournament. Chess engines can draw not only from a database of half a billion games but also avails of modern AI technology to analyze new positions to a depth far beyond even a Grandmaster’s capacity. Since 1997, every World Championship match has featured “computer moves,” which players have memorized in their preparation. They are so dubbed because they are seen as too complex and nuanced for humans to ever find them on their own.

With the help of these computers, players gain experience and knowledge far faster than their predecessors. Now more than ever chess is a younger game with the last three world title matches set between players aged 30 or below.

Essential to this mix of youth and talent are rigorous physical and mental training schedules. The 2018 Championship contender Fabiano Caruana of the U.S.A. went so far as to entirely eliminate sugar from his diet in an attempt prolong his stamina and concentration levels at the board. On the other hand, his opposition and current Champ, Magnus Carlsen of Norway, has employed a personal chef to accompany him to ensure he gets the essential fuel in his diet to perform at the highest level anywhere he travels. It’s evident that the top players in the world have consistently used surprising but effective methods to refine and perfect their game.