Radon in Utah: What You Need to Know 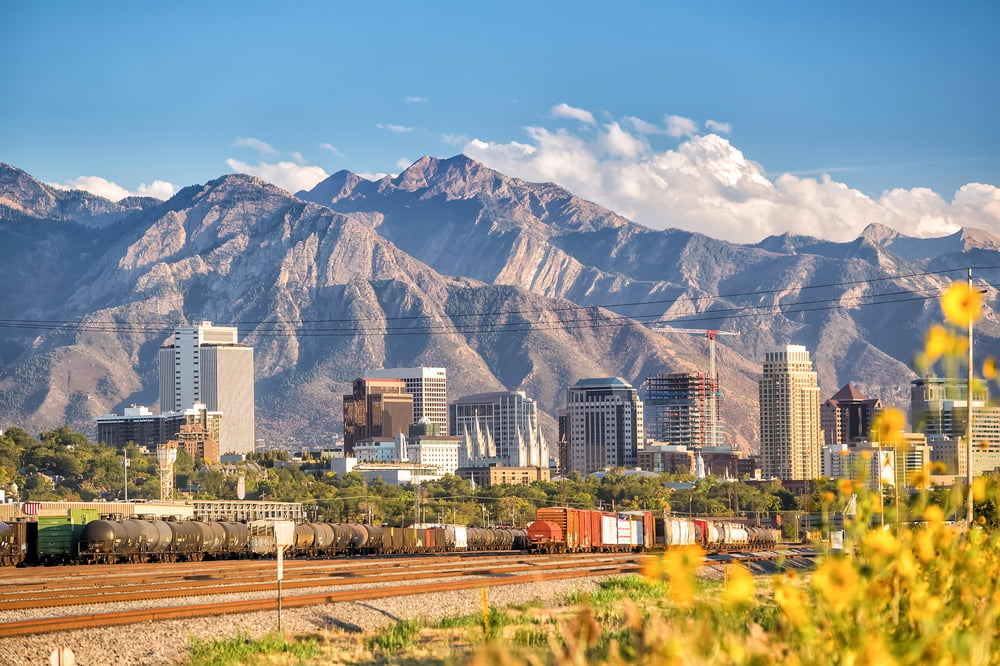 Radon in Utah is a big challenge due to levels being higher than elsewhere.

Radon in Utah is a big challenge. Utah has one of the highest concentrations of radon of any state in the US. As a radioactive gas that can cause lung cancer, it’s important for all residents to be aware of radon, what it does, why it is so prevalent, and what they can do about it.

First, let’s talk about why you should care about radon. If you breathe in radon in enough quantities it can lead to lung cancer and preliminary research has linked radon to blood cancer. The EPA lists radon as the second leading cause of lung cancer in the US behind smoking.

What makes radon worse is the fact that it is colorless and odorless. This means your human senses cannot detect radon, so you might not know it’s in your home for years and years until one day when you find out you have late-stage lung cancer. Radon does not give you cancer right away; it does so over time. So, if you are aware of the danger of radon and you are able to test your home now, you can take measures to protect yourself against radon’s radioactivity. 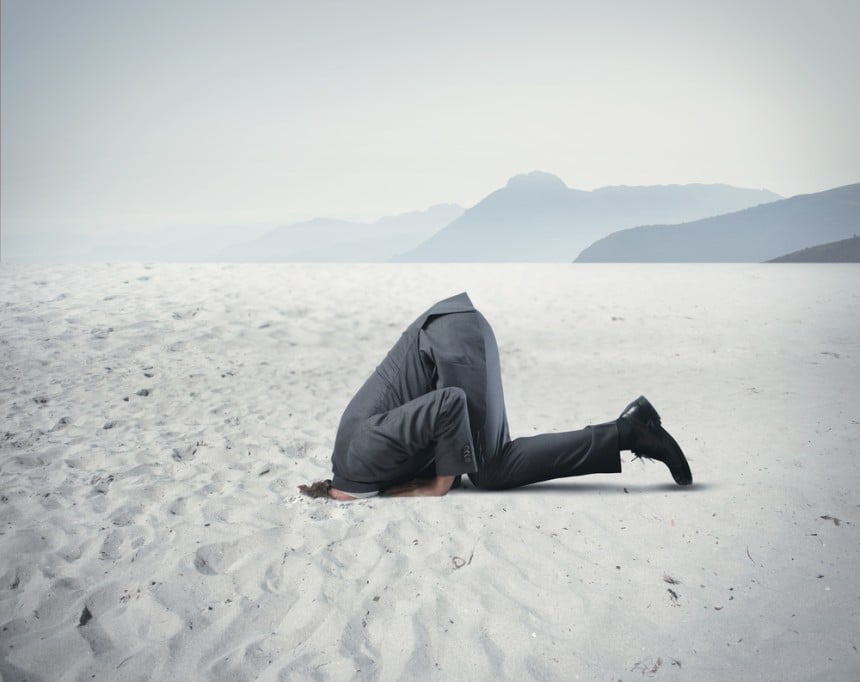 Radon is for many an "out of sight, out of mind" kind of issue.

Salt Lake City’s KSL reported on the danger of radon in Utah to residents in 2011, warning that 1 out of every 3 Utah households has radon at levels that could be hazardous to health over the long term. Their profile focuses on the story of Charlie McQuinn, a Cottonwood Heights resident who had never smoked a cigarette yet was diagnosed with lung cancer from the radon in his home. This story is all too common in the United States, with between 15,000 and 22,000 cases of lung cancer attributed annually to radon gas (EPA). McQuinn’s case of lung cancer required him to remove half of his lung, and that was enough to rid him of his radon-related tumor. Others are not so fortunate, finding out too late because they think they have no reason to check for lung cancer.

McQuinn is quick to describe how the lack of awareness around radon is ironic in Utah because Utah residents tend to be so well prepared. The average Utah citizen protects themselves against outages and other disasters, storing water and food. But they do not think about the more long-term disaster of radon. The statistic that one in three homes have high levels of radon gas comes from a survey of 17,500 homes, with many more yet to be tested.

The main issue with radon in Utah as compared to other disasters that Utah residents prepare for is the inability to detect it with human senses. There are a number of different devices that can sense radon, but if you don’t have one of these devices you will not know there is radon in your home. Given the high concentration of radon, Utah residents would do well to check the level of radon in their homes. The Utah Department of Environmental Quality's Division of Radiation Control cites this “out of sight, out of mind problem” as one of the major reasons Utah residents are in danger.

Where does Utah's radon come from?

Radon is produced as a byproduct of uranium decay. Uranium “decays” as it slowly turns into lead and during this transition it turns into a number of different elements, one of which is the gas radon. Being a gas, radon is able to seep up from its radioactive source in the ground into your home. This is why radon is found in its greatest concentrations in basements: they are closest to the source.

Radon in Utah is particularly concentrated because of the high level of radioactive material in Utah’s earth. Like other mining states, Utah has a uniquely high amount of uranium, and this means massively more amounts of radon reach living spaces compared to other states. As a gas, radon can flow throughout your home beyond just the basement. Even if you don’t spend long amounts of time in your basement, you may still be at risk if your home’s airflow pattern promotes the flow of radon into commonly used spaces within your home. Radon is tricky in this way. It is a form of radioactivity that rides the wind, but at the same time you can protect your home from radon relatively easily. 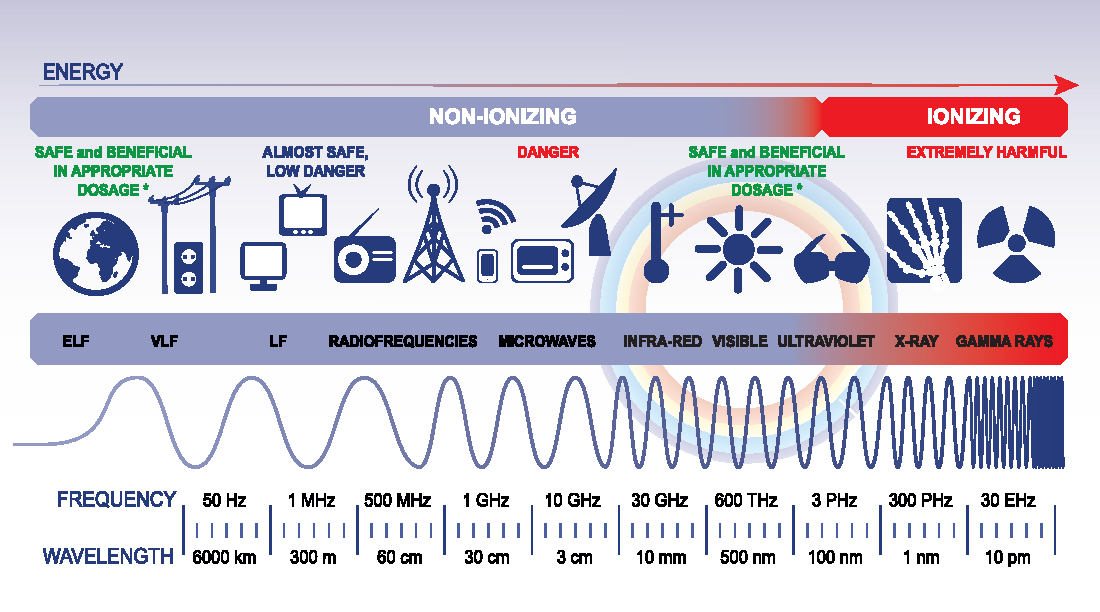 Radon releases ionizing radiation when it breaks down, which is classified as extremely harmful to humans.

To stop gas from entering your home you need to either seal off the entrypoint or divert the flow of gas out of and away from your home. For instance, if radon enters your basement through a hairline crack in your foundation sealing the crack may stop the flow of radon. Alternatively, radon mitigation systems lower the amount of radon in your home to within livable levels.

Radon is measured in picocuries per liter (pCi/L), and the EPA recommends 1.3 pCi/L as a safe amount of threshold for a living space. The EPA draws the line at 4.0 pCi/L as the “action level” at which you should take measures to reduce radon in your home.

How to tell if your Utah home has radon 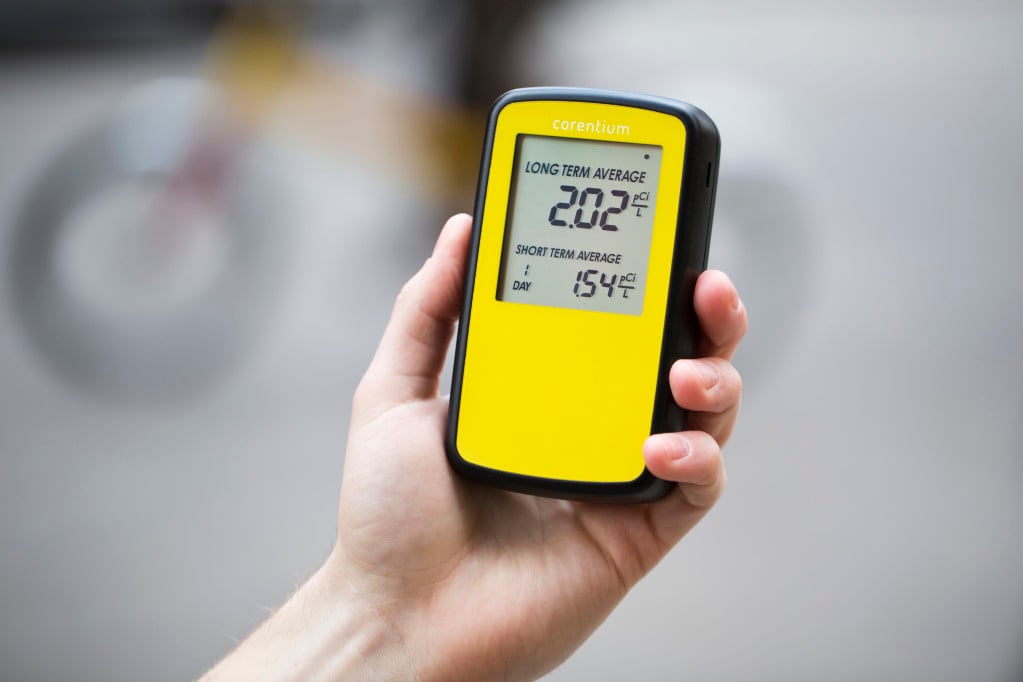 A digital radon detector should be commonplace in people's homes.

Testing for radon is relatively straightforward. All you need is a device or kit that is able to detect radon. That said, there are several different devices for radon detection that you can use. There are short-term and long-term tests, and there are analog and digital tests. Analog tests require you to put out a charcoal-based kit that you send into a lab to be analyzed. This method is accurate but time consuming. A digital test can give you similar results, although it can be more expensive.

Short-term radon tests are single-use, so if you buy one and find high levels of radon in your home you will need to buy more radon tests. That said, short-term tests are great for getting a quick picture of the radon levels in your home without a major financial commitment. These tests take from 48 hours to a week, and they are a good introduction to radon.

Given the amount of radon in Utah, residents should seriously think about investing in a long-term radon monitor. Radon in Utah will always to be a problem, and as a gas its levels fluctuate. This means during one period of the year radon levels in your home may be quite low, and during another period they could spike. If you have a long-term monitor, you will notice this spike and be able to take action. If you go with a short-term radon test, you will realistically need to purchase at least a couple more to test your home at different times throughout the year.

What’s more, a short-term test can only detect radon in one location in your home. But radon flows throughout your house, so you must test multiple rooms if you want to sure you have the full picture of radon in your home. A long-term radon monitor, on the other hand, can be moved from room to room and can operate continuously. While it is a more expensive upfront cost, a long-term monitor helps you save money over the long term and helps you better understand your living space. Be careful, though, as some long-term radon detectors require you to calibrate the device every year--a process that must happen in a lab, and that you must pay for. This is often the case for the lower-cost long term radon monitors, which end up being much more expensive over time than the devices that do not need calibration.

Radon in Utah: Who is at risk?

Radon levels vary from location to location, with homes having almost no radon and others having well over 300 pCi/L.

While maps like these give an indication of the radon level, there are many homes in "low radon" areas that have too high levels.

Radon-rich readings have come out of Park City, Orem, and other places where mine tailings are common.

The action of level of radon is just 4.0 pCi/L, so 300 pCi/L is a severely hazardous amount of radon.

Utah residents should also be aware of the fact that radon levels vary from home to home based on variables like construction and airflow, the foundation, and earth composition beneath the foundation. In short, if your neighbor’s house has a high or low reading of radon, this does not suffice as a reading for your own home. To fully understand radon in your home you need to test your own home.

Utah-based nonprofit Radon Environmental Consultants has repeated that all of Utah is at risk as the region is rife with uranium-rich granite. Radon Environmental Consultants also note that radon gas is an even greater threat to children than adults because a child’s lungs are still developing. The organization also recommends that parents check schools for radon, as some schools have recently been found to house radon in alarming amounts.

Radon in Utah is more pronounced near mountain ranges, where uranium and other radon-producing rock abounds. Because lung cancer is more deadly than other cancers on average and because Utah has such a high concentration of radon, state officials urge homeowners to test all homes.