What is radon gas?

Radon gas is a radioactive gas that you cannot see, smell, or taste. It’s produced as a byproduct as certain radioactive elements decay. The most common type of radon has a half life of 3.8 days, which means half of the gas is left 3.8 days after it formed. It is one of the densest gases, and its radioactive nature makes it a recognized danger to health. 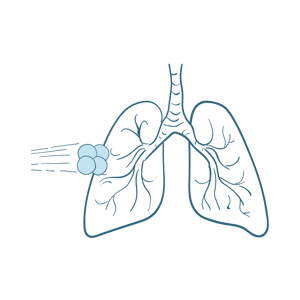 Radon is emitted from radioactive materials like thorium and uranium as they turn into lead. These two radioactive materials are abundant in the earth’s crust and they both have exceptionally lengthy half-lives, which means they will be present for millions of years. This means radon will also be present for millions of years (U.S. Public Health Service). Radon decay also creates radioactive byproducts. However, while radon is a gas, its progeny (the scientific name for its byproducts) are solid and form a dust-like substance that can be breathed into the lungs and ingested in water (Mass.gov).

Radon is the only common radioactive gas. Other radioactive materials are solids, and therefore most people do not come into contact with them. But radon gas comes from the ground and as a gas moves freely, accounting for most of a person’s exposure to radiation. One interesting fact is that despite radon’s half-life only being 3.8 days, the half-life of thorium and uranium is very long. This means while radon itself does not last long, its parent elements take a long time to decay so they will constantly putting off new radon after old radon disappears. Also, because radon comes from radioactive solids trapped in the ground, radon can occur in underground water.

Because it is an airborne radioactive substance, a link between radon and cancer may seem obvious, and it has been shown to lead to lung cancer. For this reason, radon gas levels are a key measure used to assess the quality of air in a city or building. The US Environmental Protection Agency claims radon is second only to smoking as a contributing factor to lung cancer. Of the 21,000 US residents who die of lung cancer each year, 2,900 do not smoke. EPA estimation places radon gas as the number one cause of lung cancer in people who do not smoke (EPA).

Radon is measured by volume because it is a gas. Gases expand into the size of the container in which they are found, so a measurement per cubic volume tells you how concentrated the gas is throughout that container. Two common units for radon are “becquerel per cubic meter,” which is shortened to Bq/m3, and “picocurie per liter,” shortened to pCi/L. The standard unit in the United States is pCi/L, while Bq/m3 is standard elsewhere. 1 pCi/L is equivalent to 37 Bq/m3.

The History of Radon Gas

Radon was initially observed by scientists conducting experiments on radioactive materials such as thorium and uranium. It was observed that these elements let off a radioactive “emanation,” a sort of radioactive field around the element that lost its radioactivity over time. This is what we now know as radon.

The hazards associated with radon were recognized well before radon was actually discovered. For instance, miners were often diagnosed with a general “wasting” sickness characterized by increasingly poor health. The correlation between poorly ventilated mining operations and this wasting sickness was recognized as early as 1530 (Roland Masse). Since then, mines have been measured to have radon gas levels in excess of 1 million Bq/m3 or 27,027 pCi/L. This is essentially swimming in radon, as the US EPA “actionable” level of radon, which is an upper limit at which action should be taken against radon, is just 148 Bq/m3 or 4.0 pCi/L. These radon-rich mines were naturally radioactive, being uranium operations that were part of the nuclear arms race of the Cold War.

Residential radon levels first came into the fore in the 1950s, but did not enter public consciousness at large until 1984 during a highly covered investigation into radioactivity contributing to cancer. In this incident, a man working at a nuclear reactor was noted to have high levels of radioactivity on his person. The investigation revealed his high radioactivity was not from the nuclear plant but rather from elevated levels of radon in his home. This case and its publicity alerted the general populace to the possibility that radon in the home can lead to radioactive contamination (The Western Journal of Medicine).

Where Does Radon Come From?

Radium is present in many different types of rock, from ones with active uranium to granite, schist, limestone, etc. In general, rocks formed by heat or pressure (either through cooling magma in the case of igneous or in the heated or pressurized formation of metamorphic rock) are the ones that tend to have some amount of radon-producin 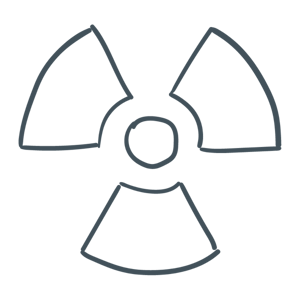 g elements. This is why granites used in construction can put off radon (although this is not a major source of radon). Interestingly, soil itself also has traces of radioactive elements, which means soil also releases radon into the atmosphere. Regions with extreme airflow and few rocks such as large bodies of water or ice tend to have almost no radon. On the other hand, extreme concentrations of radon in poorly ventilated houses can reach 2,000 Bq/m3 (Environmental Management and Health).

Most commonly, radon occurs as part of uranium’s decay chain although it also occurs in thorium’s decay chain. These radioactive materials tend to occur underground and release radon into the earth, which seeps up into the atmosphere. For this reason, your chances of contact with radon are extremely high in comparison to raw radioactive solids. Of course, you need not worry about radon constantly. Most of the time, radon levels are so low that they will have no effect on you. What’s more, as radon gets further from its source it tends to diminish in amount because its half life is only about 3.8 days. For the same reason, radon gas levels can change drastically based on weather factors such as wind, temperature, etc (Environmental Health Perspectives). Radium can also be found in and around hot springs, and there are a number of springs around the world that are noted for their high amounts of radon gas (“The Clinical Principles Of Balneology & Physical Medicine”). What’s more, water carrying radon releases its radon when exposed to air. This means groundwater can have higher levels of radon as compared to surface water (USGS).

How Much is Too Much Radon?

In 2009 the World Health Organization suggested a limit of 100 Bq/m3 or 2.7 pCi/L for residential radon. Recognizing this level may not always be feasible, the WHO gives the secondary limit of 300 Bq/m3 or 8.1 pCi/L, which is meant to be an absolute maximum and does not reflect recommended conditions (WHO). The US EPA, on the other hand, states that homes with as little as 74 Bq/m3 or 2.0 pCi/L should think about taking action (“Radiation Protection”). The European Union and other agencies have their own recommended levels as well, all of which tend to average around 4.0 pCi/L. Recommended amounts of radon tend to fall within a range rather than an agreed-upon single number, but all recommendations suggest limiting exposure to radon.

Residential radon risk is serious for non-smokers as they have been shown to have a higher risk of lung cancer from radon exposure. That said, the risk may be even more serious for smokers, as smoking has a synergistic effect with radon exposure in forming cancerous lung tumors. This means smoking and radon compound each other, making it even easier to develop lung cancer if you smoke and are exposed to radon than just smoking alone or just radon alone (The BMJ).

Radon and its decay byproduct can be carried by water, although this phenomenon and its implications for health have been less studied than radon gas. For instance, estimates for radon’s half life in water range from 30 minutes up to 100 minutes. Interestingly, water contaminated with radon and then ingested was shown in one 1999 study to have a nearly insignificant impact on health (National Academies Press). Again, though, more research must be conducted before it can be determined whether or not radon impacts health.

Water carrying radon gas releases that radon as it comes into contact with air. Agitating water carrying radon accelerates its ability to release radon into the air, and effective means of agitation include heating, depressurizing, and aerating. All of these effects take place in a shower, which makes it optimal for removing radon from water.

How to Test for Radon Gas

Home testing for radon is recommended due to radon’s tendency to gather inside buildings and ability to lead to lung cancer (and potentially other cancers such as blood cancer). Testing for radon requires a radon detector, which can be purchased online and at home improvement stores. There are two types of radon tests: a short-term test, which lasts from 2 to 7 days and a strict set of rules to make sure the test is properly conducted, and a long-term test or monitor, which lasts up to a year but can be as short as a couple of weeks.

To use a short-term test, the homeowner must purchase and hang a detector in the lowest level of their house because it is closest to the ground, the emanation point of radon, and therefore where radon levels tend to be highest. When the test is complete, the homeowner must submit the short-term kit to a lab to assess the kit and await results of the test. Some short-term tests do not require sending the kit to a lab, although these tend to be less accurate.

Long-term radon detectors are also commercially available. These can be lab-based or can have digital readouts, allowing the homeowner to test multiple areas of their home throughout the year. The advantage of long-term detectors is the more accurate radon reading they give homeowners and the ability to monitor radon over time, although they tend to be more expensive than short-term kits.

Actions taken to reduce radon levels include installation of a radon mitigation system (which sucks radon up from the soil beneath a home), increasing airflow within the house and restricting flow of radon from below the house to the house itself, and other types of pump or pressurized systems. One important thing to note about improving airflow within the home is that increased air flow on its own it can actually lead to increased levels of radon in the home as the airflow reduces pressure inside the home, which sucks air from the ground up into the home. This results in a greater concentration of radon in the home. With any attempt to reduce radon in the home, long-term radon monitoring is necessary to ensure radon levels are successfully reduced. Monitoring will tell you if radon levels go down, stay the same, or go up, which is crucial information to understand as you start to interfere with how radon flows in and around your house.