The importance of long-term radon testing

Short-Term Radon Test Is the Standard

Imagine jeopardizing your health just by living in your own home. The deadly gas radon might be doing just that. Radon is a radioactive gas, but it is colorless and odorless so the only way you would know if you are at risk is with radon-specific testing. Many people get a short-term radon test as part of a home inspection, which is required for some real estate transactions. But, because it’s a gas, radon levels change all the time. Why do we only test for it once?

Many radon tests are conducted only because they’re required by real estate laws as part of a home inspection. Before you buy a house, the needs to pass an inspection and radon testing is part of that process. But it’s not a big part, and some people never conduct any further radon testing. That’s not the best idea.

But this is the radon testing world we live in today. The conducted tests might be only a couple days long. A short-term radon test might show the house to be nearly radon-free, but it does not tell you anything about how much radon is present at different times of the year.

A home inspection is meant to verify if a home is safe or unsafe to live in. However, radon is not as black and white as that. When a short-term radon test is conducted for a home inspection it is at minimum a 48-hour test. This means the results of your test are a snapshot of the radon in your home over that 48 hour time period. A snapshot of radon levels is not enough, though, because radon levels change constantly. 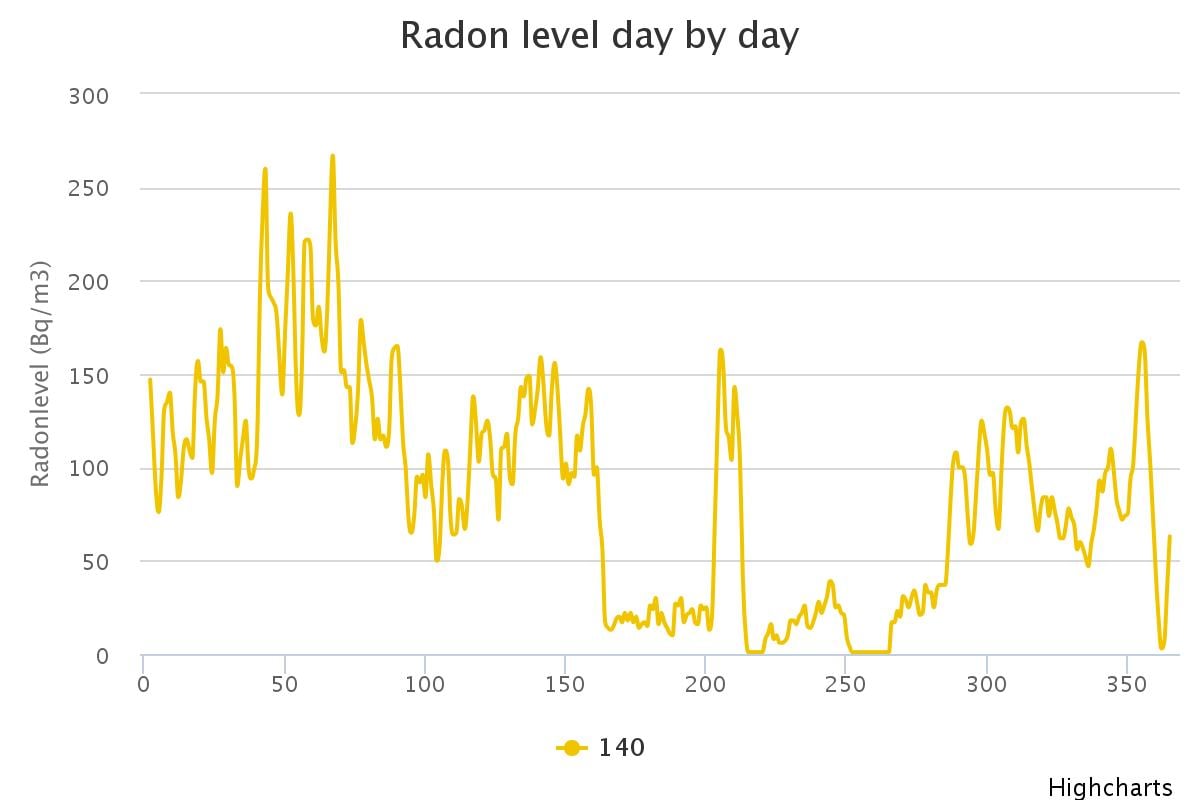 You wouldn’t hire a person just because he looks trustworthy, and the same should be true for radon. The best practice is to monitor radon, not just get a snapshot of current levels. Short-term radon test is an excellent tool for getting a quick understanding of radon levels in your home right now. But they should be paired with a long-term testing approach to be certain you are safe year-round.

Keep in mind that radon is a radioactive gas; you cannot smell it and it’s invisible like the air we breathe. It can kill, but it won’t do it all at once. It kills over time. So if a short-term radon test shows no risk for radon but a long-term test later shows there are actually high levels of radon in your home, you still have time to make a difference and protect the health of you and your family. This is the beauty of long-term radon testing, and the tragedy of only conducting one short-term test at the time you move in. (EPA)

Radon is not dangerous like fire, it does not kill in a matter of minutes. Rather, it is dangerous like smoking cigarettes. It kills over time (and coincidentally often in the form of lung cancer). This is actually good news: it means you have a lot of time to take action against radon if it is present. But first, you need to detect it.

Why a Short-Term Radon Test is Not Enough

Radon enters your home by seeping up out of the ground. This means radon levels in your house tend to be highest where your house meets the ground, such as in a basement. Because it’s a gas, though, it is constantly in motion, throughout the year pooling in different spots in your house and in greater or smaller quantities.

Think of radon is like a river: it flows, and for months it can be at one “level” and then drastically rise or fall. A short-term radon test in a home inspection is like measuring the depth of a river and, finding it 5 feet deep, approving a permit for a 6 foot tall dock. Well, in the summer, fall, and winter that river’s height is likely to remain below 5 feet. But in the spring, when the winter snows melt, that river will rise. And a 6 foot tall dock is no longer a smart idea.

Except radon is different than a river and a dock, because if radon levels are too high, it’s not just a dock underwater. Instead, high radon levels mean that long-term health is at risk. This is why you need to monitor radon actively over time. Long-term monitoring tells you how the gas levels changes over time and also helps you understand where it pools in your house.

What’s more radon levels are different in different rooms. As we said, radon enters your home through the ground so you tend to find it in greater quantities at lower points in your house. This could be a basement that no one ever goes into, or it could be a whole set of rooms that are slept in nightly. But it moves throughout a home with airflow, so it could just as realistically be in other more lived-in spaces. Either way, you should know where in your home radon levels are highest so you can take measures to protect yourself and your family.

This is why testing radon over time is necessary. It comes in uninvited and undetected. Unless, of course, you are monitoring its presence.

If you were to conduct a two-day test at this residence any time from January to April it would show high radon levels, and they would be high enough to warrant installing a radon mitigation system. Radon mitigation systems can be several thousand dollars. So a single short-term radon test could force you to spend several thousand dollars based on radon levels that fluctuate greatly. But because the test was only two days, the test did not show the two-thirds of the year in which radon levels are actually perfectly fine. In this scenario, you would go to great expense where it might not be necessary. This is another reason long-term radon testing is a good option: you can save yourself much trouble and money.

This chart also shows a range of radon levels from 15 Bq/m3 to 225 Bq/m3, or from 0.4 pCi/L to 6.1 pCi/L. Why such a large difference? Well, it is likely that in June and August, when radon levels were lowest, the homeowners had sufficient ventilation due to open windows that allow air to flow in and out of the house. During the winter months, windows are kept closed against the cold, which in effect keeps radon in the house. Without air flow, the gas sits and accumulates, building as the winter gets longer.

Why Long-Term Radon Tests Are Necessary

Conducting a short-term radon test is great for understanding radon levels in your home right now. They can help you take action if your radon levels are high, and rest easy if they are low. However, only by monitoring radon levels over the long term can you be sure you are safe from the effects of radon.

A long-term radon monitor is like a smoke detector, constantly tuned into the environment you’re living in so you don’t have to be concerned. This is especially important for avoiding radon-related health issues because you can’t see or smell radon. Unlike a natural gas leak, you would not be able to smell it. A long-term radon monitor will be able to “smell” it, though, and it will tell you when radon is present in dangerous amounts.

In addition to the fact that you can’t see or smell radon, you can’t feel its negative effects until it’s too late. Even non-smoking people can get Stage IV lung cancer because of it. This actually happens to far more people than it should, and radon is to blame.

This is precisely why you need to be proactive to keep yourself and your family safe. Consider a long-term radon test as a form of life insurance… by putting effort towards detecting radon today you could be adding years to your life and the lives of your loved ones.

The EPA even recommends checking radon levels at least every two years as radon flow can increase over a timescale longer than one calendar year. This is to say, just as radon levels fluctuate within a calendar year, they also fluctuate as years pass. Your home may have had acceptable levels of radon for the past year, but that could change, and having an active long-term radon testing unit would alert you to any such change.

Radon is a silent and stealthy killer. It takes years to have an effect, which usually manifests in the form of cancer (EPA). But all it might take to fight off radon is improved airflow--in some cases you could literally blow away this deadly gas. First, though, you need to see it, and to see it you need a long-term radon detector. There is no reason not to get one. 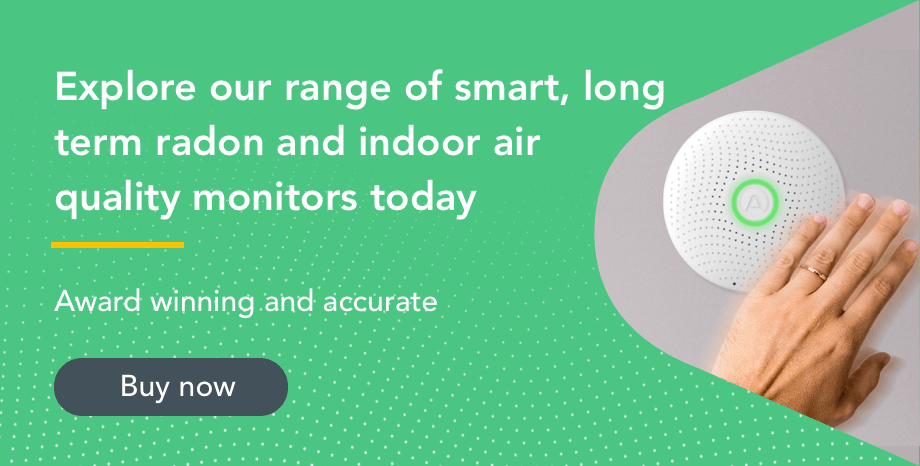 “How often should I test/retest my home for radon?” United States Environmental Protection Agency.  https://iaq.zendesk.com/hc/en-us/articles/212104437-How-often-should-I-test-retest-my-home-for-radon-

“How do we know radon is a carcinogen?” United States Environmental Protection Agency.  https://iaq.zendesk.com/hc/en-us/articles/212104457-How-do-we-know-radon-is-a-carcinogen-

Why do my radon levels change?