Why does radon in office buildings matter?
How can indoor air quality monitoring help your school? Infographic!
Why does air quality in schools matter? An infographic!
Carbon dioxide monitoring: why we need to stop breathing in other...
Integrating with Airthings: Webinar round up 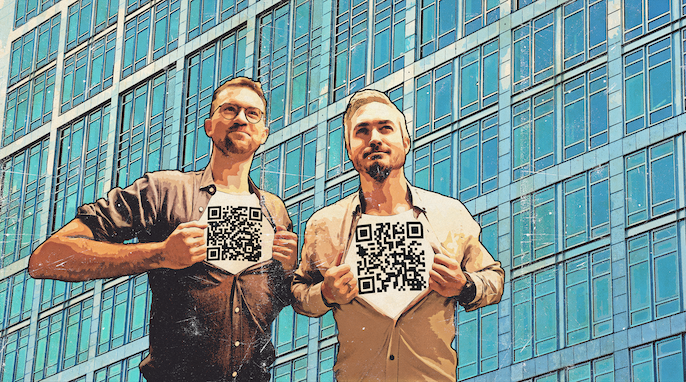 What is a QR code?

QR stands for “Quick Response” and is a mosaic code that originated in Japan. Denso-Wave developed it in 1994, to be as fast to scan as a barcode, yet containing much more information. This is what makes the technology behind QR is so exciting. A barcode has a maximum capacity of about 20 characters, whereas, by comparison, a QR code can contain several thousand characters. The largest iteration (version 40) can include more than 4000 alphanumeric characters. It actually has enough characters to store a simple game!

The beginnings of the QR journey

The QR code was first put to use in factories and warehouses. Its purpose was to maintain the order of an inventory, but it was marketing departments that made the "square" known through posters, products, and advertisements. In the wake of the iPhone launch in 2007, the QR code was seen as a new and modern tool for any marketing department to adapt to the new mobile and digital workday. It did not take long before you had QR codes for most things in marketing, but friction in the customer experience was too high. First, you had to download a separate app to be able to scan the codes, and often you ended up on the website of a company that was not optimized for the use of mobile technology. In the subway there were examples of advertising posters that were not large enough. To scan the code, you actually had to take a life-threatening step over the rails!

I personally remember, back in 2012 there was a lot of hope at conferences where QR codes were displayed on newly printed business cards and no one scanned them. In fact, QR codes in the construction industry were first seen in 2017 when building asset management (BAM) systems started integrating receipt options with QR codes.

The QR code has seen a gradual growth in usage and popularity since then. As observed in the search statistics available from Google Trends, there were three phases in this growth. The second phase came during the crypto hype in 2016 and 2017. A crypto wallet, or crypto account, employs a long unique string of letters and numbers that is impossible to remember, and it can be expensive if you make a mistake. The QR code became a favorite “go-to” to share and facilitate crypto transfers. Moving forward to 2020, we can see how the corona epidemic triggered the third QR phase. The food and beverage sector was hard hit and had to find ways to prevent the risk of infection. By using QR codes, you could order and pay effortlessly from your own table. With minimum contact to other people, you could collect your food once notified from the push notification.

Oftentimes a crisis is needed for a new technology to emerge. Looking at the resurgence of cryptocurrency, we can see that it came in the wake of the 2008 financial crisis.

Additionally, we have seen major players such as Vipps, Whatsapp, Snapchat, Spotify, and more that have adopted the QR code in the form of their own or more open formats.

Have we reached a 'plateau of productivity?'

But why has it taken so long for QR codes to become public domain? Well, as always with new technology, we often have high expectations, followed by a decline, before they find their place. QR codes have always had great potential. With so much data available, it was amazing how much you can do. The only problem was, that not enough thought was given to the end-user and how to acquire this data.

Until recently, you had to have your own app that understood the QR code. Now Apple and most Android versions have integrated this into the camera function. Additionally, it is an incredibly simple technology to generate - all you need is a "QR code generator" that you can easily find on Google. Other contactless technologies such as "Bluetooth Beacons" and NFC, which we use in contactless payment, among other things, require additional technology and investment to use.

What potential do QR codes have for our buildings?

Now that everyone has become familiar with QR codes and sees their ease of use, what place will the contactless technology have in our commercial buildings in the future?

We believe contactless technology will play an important role in the future.

In 2012, Tommy Hagenes thought that everyone would scan the 5,000, freshly printed business cards that had a magic code printed on their back. Through it you would automatically store all the information on a smartphone. Sadly only 1 person scanned it.

In 2017, some flickers were seen in the BAM sector that activated the "receipt" of work tasks in the form of QR codes. If we fast-forward to 2020, the hippest restaurants and bars as well as all scooters have this technology. We hope that our buildings can also benefit from this. Perhaps it is the QR code that allows data to be shared freely and that the user experience is simply focused?

We have attempted to determine what we think the short term impact will be:

Did you know that by scanning a simple QR code, you can automatically make a phone log into the correct Wifi with its associated password?

Now imagine the same technology applied to an adhesive label to be displayed in the workplace. It could also have a logo as part of the QR code, and "voilà", it works every time! Never again would you need capital letters and number conflicts. Site manager Therese Hagenes at Proptech Bergen tried and tested it, and found that this reduced "support" requirements in meeting rooms by 95%.

How can tenants themselves see "their indoor climate data"

Have you ever sat in your office and wondered what the temperature is? How is it managed? How can I provide negative feedback? QR codes are also perfect for these circumstances and we at Airthings have activated exactly this feature on all our sensors. Similar to the example below, scan an Airthings QR code easily and it will automatically open a page that shows your indoor climate data.

How to set up a personalized Airthings QR code via the Airthings Dashbaord: Suppose you are in a large building and you want to report a problem or buy some food. Since the QR code can also contain this metadata, information about your location can easily be part of the QR code. In this way, the recipient will also have the necessary information. The same QR code can also go directly to the BAM system in the building - the system in which all variances for the building are registered.

By assigning each room a separate QR code, this provides opportunities to easily register the cleaning of the room.

Many people talk about advanced sensors for counting people in offices. But you could actually solve the entire situation with a QR code if everyone "took a picture" on the way in and out of their office. But to get the best results, it requires mandatory use.

Several providers have designed access control solutions that replace plastic cards with mobile phones. However, they are often dependent on being connected to the correct WiFi network or having Bluetooth enabled. New solutions also allow the user to scan a QR code that is displayed on a mobile screen placed at doorways and elevator doors. This provides for a safe and seamless experience.

We believe that the key to the success we are currently witnessing is a combination of technological changes and various crises throughout the period. We have seen that in crypto upswings, the QR code has had a marked increase in use since QR codes simplified the use of the technology. The mobility solution for urban centers has probably also been a contributor to the QR code. Additionally, we see that when Covid19 demands that we make changes, then we put in use both new and old technology. Now that phones have the QR code built into the camera, this "old technology" has been given a whole new life with the seamless and easy use of its data.

QR codes are a powerful tool and we can see that they are starting to change the food and beverage sector. The world as we know it has changed. The potential in our buildings is significant and it will be exciting to see if all meeting rooms and offices will have a QR code in the future and what opportunities this can give us.

What multiple issues can your company resolve simultaneously with such a simple and easy technology that is so powerful? Is there anything you can spend 2 minutes on today that can add a "wow" feeling to the building’s management or save countless hours? Tommy Hagenes is Business Development Manager at Airthings for Business. He has expertise in Building Management Systems (BMS), PropTech and how to build a sustainable business model. Martin McGloin is Product Manager at Airthings for Business.  His expertise lie in user centric tech and out-of-the-box thinking.

This article was originally published by Tu.no in Norwegian. 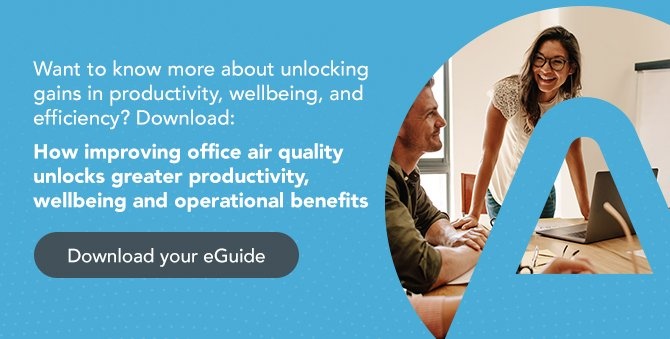